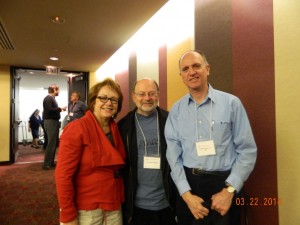 What is your image of the first year of Pope Francis?

One powerful image is the September 7, 2013 day of prayer and fasting for peace in Syria, the Middle East and the World, culminating in a four-hour vigil of prayer for Syria… his words:

“How I wish that all men and women of goodwill would look to the Cross if only for a moment! There, we can see God’s reply: violence is not answered by violence, death is not answered with the language of death.”

As my brother Gerard Whelan, SJ commented: “when the Pope arrived it was like a friend and neighbor thanking us for having accepted an invitation to visit him at his home.”

PDF of the complete text of Fr. Tom’s presentation: Pope Francis as peacemaker